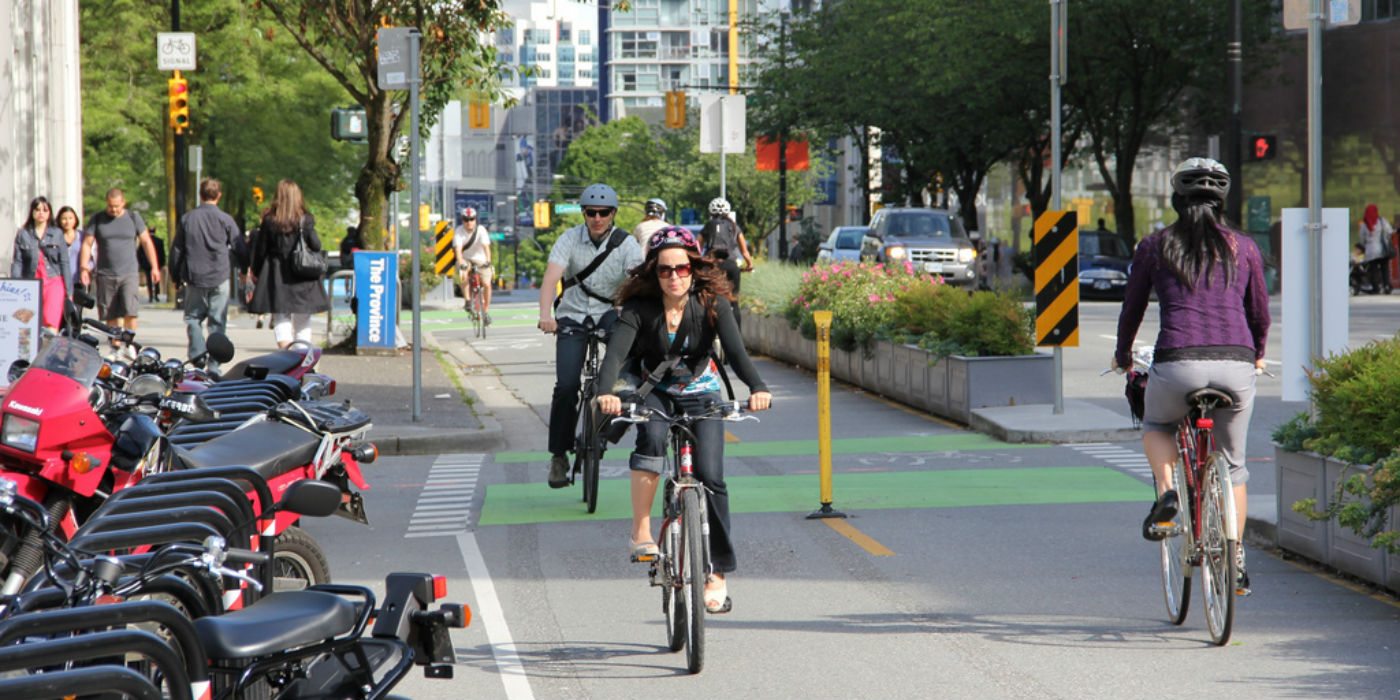 Autonomous vehicles have a bright future in the United States. As technology continues to advance, our roads will begin to be filled with vehicles that leverage various benefits for pedestrians, other vehicles, and bicyclists.

In a series of tests in 2014, Google performed several experiments find how sharing the road with autonomous cars will impact bicyclists.

Google’s analysis of their prototype predicts that autonomous cars could reduce accidents with bicyclists by up to 90% because the majority of crashes involve human error.

How Autonomous Technology Will Benefit Bicyclists

As autonomous car technology continues to evolve and people become more accustomed to sharing the road with self-driving cars, we should see a rise in overall safety on public roads. While self-driving cars offer several benefits for non-motorists, there are a few benefits that stand out including:

Autonomous vehicles will be able to communicate with each other and maintain a consistent speed on a given roadway. Future infrastructure could include beacons that transmit data to vehicles to ensure that each self-driving car keeps to a particular speed.

Since most accidents involving non-motorists occurs when drivers don’t adhere to the speed limit, autonomous technology will reduce the instances of accidents caused by speeding vehicles. Having more vehicles adhering to safe speeds will provide bicyclists with more reaction time and the overall system will provide more safety to non-motorists.

Many drivers tailgate other vehicles, and these same drivers often drive at unsafe distances from bicyclists on the road. When a driver does not keep a safe distance from other vehicles, they risk a collision. This poses, even more, risk to bicycles as they travel on our public roadways.

Once the autonomous technology is fully implemented, cars will be able to identify bicycles and then react accordingly by remaining a safe distance from non-motorists.

By removing the human element of operating vehicles, our roadways will become more reliable because we won’t have to worry about impatient drivers posing additional risks to non-motorists and vehicles alike.

Human reaction time is another variable that decides the safety of our public roads. Since the majority of accidents occur due to human error, autonomous car technology will remove the imperfections and slow reactions of human drivers.

With the advanced technology that autonomous cars are using today, we know that self-driving cars will be able to interpret and feedback its surroundings faster than humans.

Future cars will be equipped with several cameras and industry-leading onboard technology to process specific inputs.

By sensing the actions of surrounding vehicles and non-motorists, autonomous cars will improve the safety of our public roads and remove the variable of human reaction time.

Humans cause accidents, and as we all know many people become distracted while operating a vehicle.

Whether eating breakfast, applying makeup in the morning, or texting and driving, we can all agree that humans get distracted easily while driving.

Autonomous vehicles offer a solution to the rising rate of accidents caused by distracted drivers.

Unlike other vehicles, bicyclists don’t have a horn to identify themselves in a situation where a distracted driver poses damage to them.

Autonomous cars will eliminate the risk of distracted human drivers, and replace roadways with systems that regularly observe and react to the environment.

Every car has blind spots where the driver is unable to observe a particular area in their surrounding.

These blind spots vary based on the make and model of a car, and the size and sitting position of the driver in a vehicle. Blind spots pose a significant danger to surrounding vehicles and non-motorists because drivers are not able to observe and react accordingly if a bicyclist is present in their blind spot.

Autonomous cars will have a full 360-degree view of their surroundings with advanced cameras and other sensory devices. This technology will provide constant and accurate information to the onboard systems to help the vehicle make quick decisions to preserve the safety of our public roads.

While autonomous car technology could improve the wellbeing of bicyclists sharing the road with vehicles, some analysts worry that self-driving cars would pose additional risks for bicyclists and pedestrians.

The reason that some people predict autonomous vehicle technology could pose additional risks to their surroundings is that today’s technology is susceptible to system failures, cyber terrorism, and risky behavior from drivers who depend too heavily on automated systems.

The safety of non-occupants of an autonomous car depends on the type of system and model of vehicle sharing public roads. Since there is no standard system to ensure automakers adhere to similar safety features, many bicyclists worry their safety could be left to inferior technology.

Another issue threatening the security of bicyclists operating alongside autonomous vehicles on public roads is the current state of our roadways.

Many city roads are poorly maintained, and this type of environment creates an awkward situation for autonomous cars who must react to potholes and large cracks in the road.

If a bicyclist is riding next to an autonomous car and the vehicle detects a large pothole, it will react and could swerve into the bicycles to prevent additional damage to the car or surrounding infrastructure.

Finally, bicyclists could be the biggest threat to the safety of non-motorists on the roads.

Even if every car in the United States is a self-driving car, it still leaves human error on the part of the bicyclist. Unless we find a way to convert bikes to use autonomous technology (which would defeat the purpose of a bike), we will always have the variable of human error.

As we continue forward with the goal of public safety, our cities must be built in a way to accommodate autonomous cars. This technology must be developed in a way to integrate with the current mix of traffic, including the well-being of non-motorists and other vehicles alike.

Our politicians will have to work proactively to develop the legal framework needed to push the advancement of technology while also maintaining the underlying public good.

When it comes to safety, autonomous cars could reduce risks for people who can afford the new technology.

Since the new self-driving car systems will disrupt transportations as we know it today, we need to ensure our roads are safer for both other vehicles and non-motorists like bicyclists.