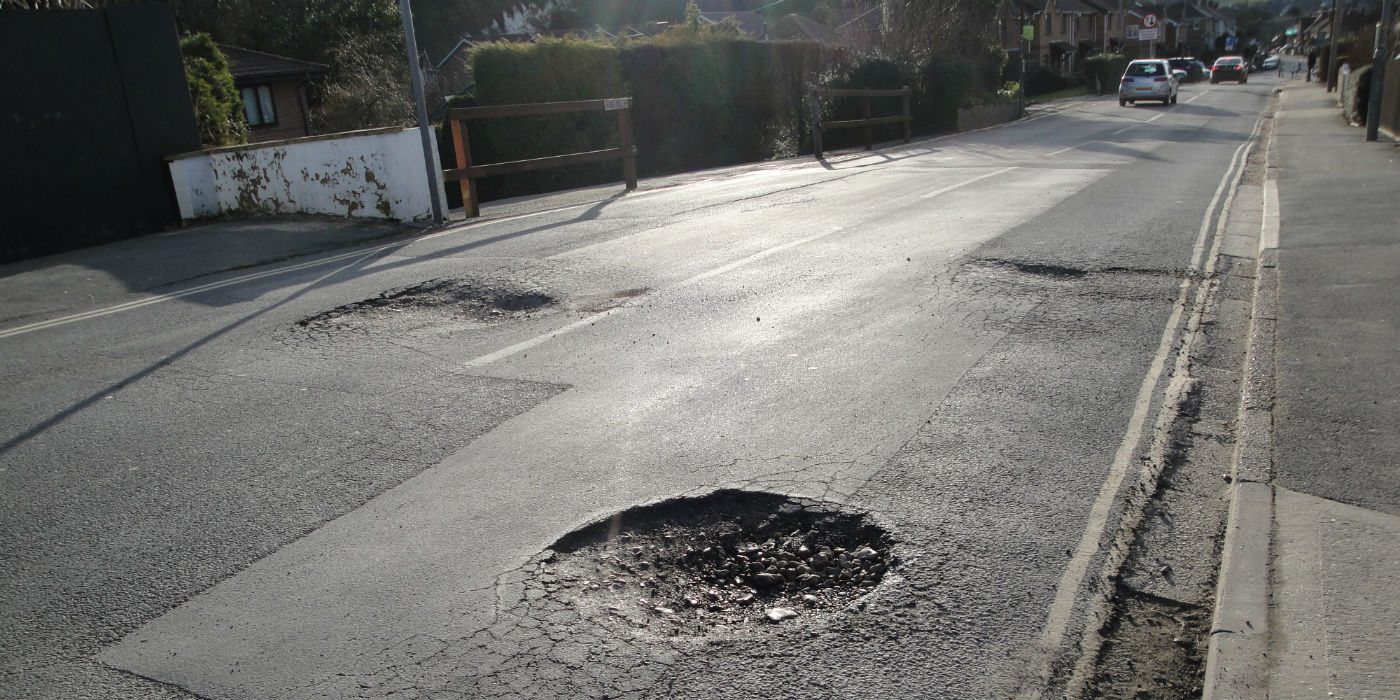 A Bump In The Road

Autonomous vehicles rely on various types of technology to allow them to navigate public roads. Ranging from sonar, video cameras, and beacons that communicate with traditional traffic equipment like safety cones, automated cars need technology to understand, interpret, and interact with their surrounding environment.

While this technology is advancing at an astonishing rate, it also has inherent weaknesses that hinder self-driving cars in several aspects, like the lack of visual recognition tech sophisticated enough to identify common roadway elements like traffic cones and parking stops.

While today’s automated cars are not good at predicting complex situations or interpreting unknown variables, we can use technology to solve these issues.

If fully-autonomous vehicles at Level 4 and Level 5 are going to be adopted into public roadways, then we need to use technology to overcome the dynamic situations of real-world driving situations.

However, one of the biggest hurdles for self-driving cars is the deteriorating roadways throughout the United States. Here are some ways that poor road infrastructure will impact the adoption of autonomous vehicles.

Our Current Infrastructure is a Roadblock

Degrading infrastructure has become one of the leading barriers to mass adoption of automated vehicles in the United States. Poor markings and inconsistent signage on the 3 million miles of public roads across the United States are forcing automakers to engineer sophisticated solutions like maps and sensors to drive self-driving car technology forward.

We will not see the benefits to driver safety or the environmental improvements of self-driving cars without first addressing the infrastructure problem seen throughout the United States.

The pressure that poor infrastructure has on automated vehicles presented itself when Volvo’s North American CEO, Lex Kerssemkers, reacted to the road conditions in Los Angeles during a demo preview of their automated car division.

As Kerssemakers was showing off Volvo’s self-driving car technology with Mayor Eric Garcetti, Kerssemakers became upset since the vehicle was not able to operate properly due to the poor state of the city’s roadways. Kerssemakers yelled, “ You need to paint the bloody roads here!”

This display of emotion underlines the impact that deteriorating roadways throughout the United States has on the applications of automated car technology. The quality of current United States infrastructure is just as much as it is limited by the technological advancements and human operated vehicles.

The State Of Our Roads

A recent study by TRIP researched the current state of public roadways across the United States found that 28 percent of the nation’s major roads are in “poor condition. These routes include a range of road categories including:

The primary cause for these poor conditions come from cracks and potholes.

Not only do these poor road conditions cause additional wear and tear on a car, but they also create dynamic road environments. Self-driving cars will need to be equipped with technology to scan upcoming road conditions, and have onboard computers that can interpret the surrounding environment to make the best decision in a given situation.

These types of dynamic road conditions prove difficult for human drivers to navigate, and due to technological limitations, they could prove even more difficult for automated vehicles to operate. The level of complexity and have on since they require cameras and other instruments to read and interpret their surrounding environment.

Along with TRIP’s research, another independent study found that an estimated 65 percent of U.S. roads are in poor condition. These conditions can render the most advanced self-driving car technology worthless.

These matters are all lead by lawmakers, who decide the amount of money to invest in the U.S. infrastructure. If we want to see automated vehicles on our roadways in a safe manner, then we need to work with our legislatures to ensure proper funding and political backing is set for a wide-scale adoption.

Tesla, Volvo, Mercedes, and Audi are all the pioneering technology that allows a vehicle to perform various driving tasks without human input. However, this technology is unable to operate by faded lane marketers, damaged signs or lights, and the many inconsistencies found on the majority of our roadways.

Infrastructure becomes an even bigger issue as we look at the adoption of automated vehicles outside of the United States. Many other countries suffer from the same problems as American roadways but with a higher degree of deteriorated conditions.

Many roads in the most developed areas of India, for example, are not clearly marked, and international traffic signals are laid out and behave differently than traditional Western traffic lights.

This means that automated vehicles will need to be outfitted with different technology and sensors to read these variations and have onboard computers to interpret these differences and know how to react accordingly.

Can We Overcome The Obstacles?

While there is a range of technological barriers that could prevent automated cars from fully integrating with human drivers in the short term, there are solutions to these issues. However, the current infrastructure in the United States is a bigger issue that could hinder the progress of automated cars.

Our roadways were made for human drivers. From the way engineers laid out roads to the types of signs and road markings, roads were constructed for the needs and use of human drivers. There are many ways to approach our current issues, and perhaps the answer to improved safety is for better design and not more laws.

We will need to see a significant investment of time, resources, and money to allow autonomous vehicles at Level 4 and Level 5 to drive themselves at all time. For example, road markings on highways are inconsistent and are often not prominent enough for automated cars to know where the lines are.

Even if the nation’s roads are repaved and repainted consistently, reliable traffic signals will need to be installed across the country. This type of project will require substantial political support to pass legislation to push these extensive project forward.

Not all is lost when it comes to self-driving vehicles on poor roadways and inconsistent infrastructure. For example, Mercedes says the “drive pilot” system it recently unveiled luxury E-Class 2017 sedan works even without lane markings. The system uses 23 sensors and to take into account guard rails, barriers, and other cars to maintain “suitable circumstances.”

Using radar and LiDAR to send and receive data about the physical surroundings could help inform the vehicle even when conditions are less than ideal. These onboard sensors send out radio waves or light pulses that bounce off objects, and this data can help the vehicle understand distance and velocity.

There are also ongoing efforts to use mobile LiDAR systems on cars to help traffic planners understand the current state of roadways. Information gathered in this way could help inform lawmakers on the best ways to use funds and help automated vehicles work better on our current roadways.

While these types of technology can be used in conjunction with onboard GPS to prevent collisions with other cars and obstacles, this technology could be applied to help find potholes and large cracks. If automobile makers can create technology to emit and receive appropriate data, an autonomous vehicle could interpret road conditions in front of it and act accordingly to avoid potholes and large cracks in the road.

This type of technology could mean that Level 4 and Level 5 automation vehicles could work more efficiently and present a higher level of safety for everyone on the road no matter how dynamic the driving environment is.

A Plan To Rebuild and Improve

As we have seen, automated vehicles can’t operate efficiently without a strong infrastructure that can handle a number of cars with consistent traffic signals. Since self-driving cars rely on sensors to understand the world around them, we will need to find ways to provide these instruments the information they need to interpret the world around them.

It all comes down to political will. Funding roadway repair is not as sexy as funding a new building project. Many politicians prefer to build new construction than invest money into repairing existing infrastructure.

If we want to see the benefits of automated technology, then we will need to encourage automakers and lawmakers alike to focus on ways to improve how self-driving cars interact with their surrounding environment.