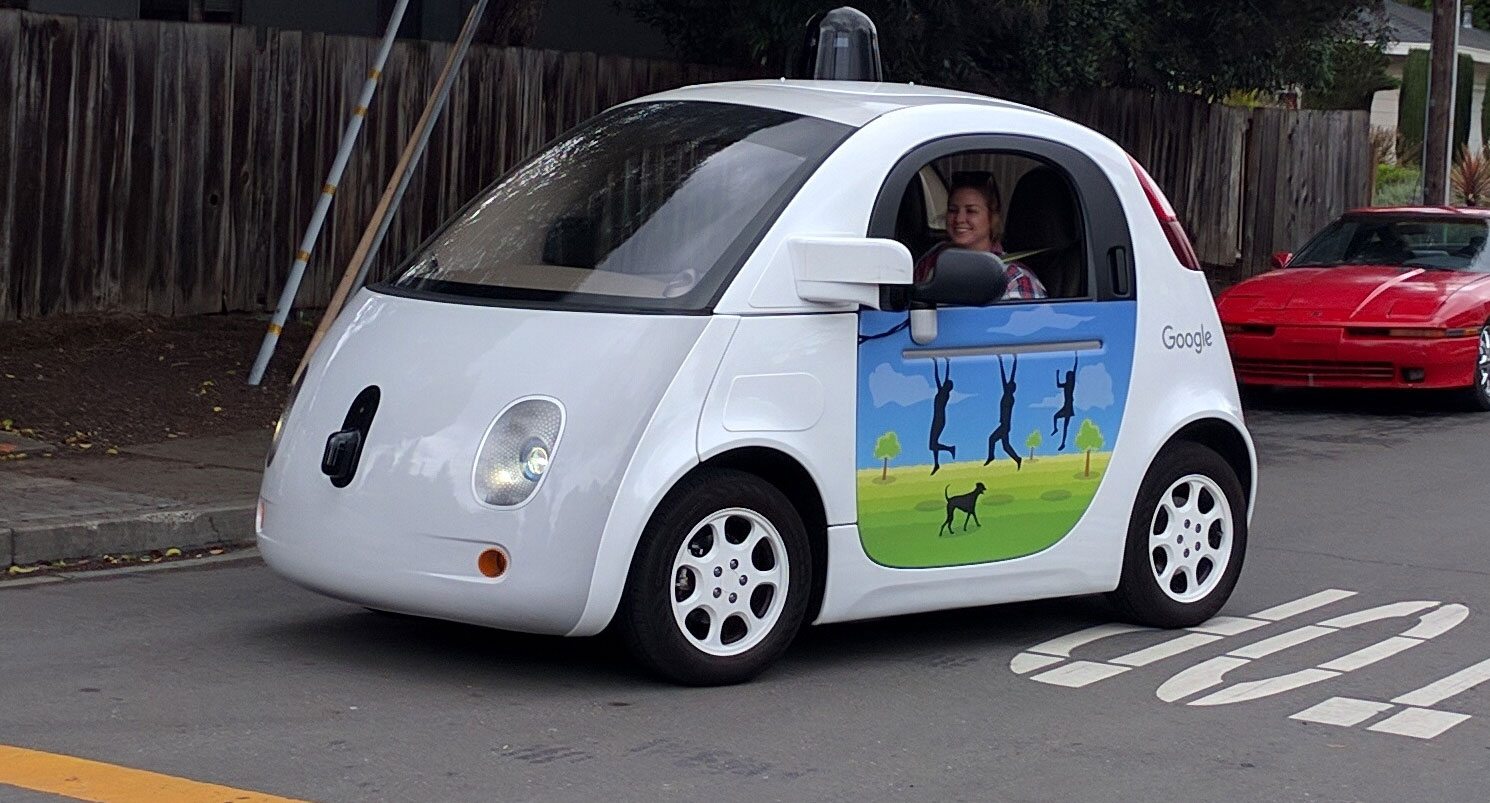 Autonomous cars haven’t been a new concept since at least Isaac Asimov, but this year the automotive industry and tech companies seem to have finally hit the throttle on making them reality. The industry is undergoing a shift that is likely to change the face of the marketplace and rewrite the rules of the road.

But are consumers aware of the potential effects of the coming disruption? Or will the rapid advancements leave the American commuter in the dust?

Partnership Pivot: Tech in the Driver’s Seat of the Auto Industry

Google’s broad-adaptive approach to tech kicked off the races back in 2009 when it began testing autonomous driving technology with the Toyota Prius, and by 2014 it had expanded to 70 model vehicles, including Google-adapted prestige partnerships with Lexus along with cars designed in-house.

Now we’re watching the automotive industry race towards tech company partnerships, seeing the writing on the wall for a future where autonomous driving capabilities may be standard, and making strides to avoid being left in the dust by another tech “disruption.”

The Economist reports that

“over 100 autonomous vehicles from a dozen manufacturers”

are currently being tested in on public roads, and Google, Nissan, Ford, Mercedes-Benz, BMW and Fiat have all announced they expect to see autonomous vehicles ready for consumers in just 5 years.

But what this shift will mean—for consumers, drivers, regulatory systems, and even our national driving infrastructure —remains to be seen, even by the experts.

No matter what your level of interest in automated, autonomous, or driverless cars, you’ll soon share the road with them—and with cars like the Tesla Model S Autopilot beta testing on public roads, you may already have.

Let’s get you up to speed.

Automated, Autonomous, and Driverless: How to Know the Difference

It can be hard to follow coverage on the emerging autonomous technology in proper perspective when terms like automated, autonomous, autopilot and driverless sometimes seem to be used interchangeably or without distinction.

To clarify, it helps to review the 4 Level hierarchy developed by the U.S. Department of Transportation’s National Highway Traffic Safety Administration (NHTSA) to define the levels of automotive autonomy:

Level 0: On the road map to autonomous driving, the “You Are Here” pin for the majority of vehicles on the road today goes right here. These are human-controlled vehicles without substantial automation in power, steering, throttle, or brakes.

Level 1: These vehicles remain primarily driver-controlled, but a small number of function-specific automation is involved, like brake-assist technology or electronic stability control. No one could mistake these models for driverless technology—these are merely technology-enhanced, at a level many consumers are already familiar with.

Level 2: At this level we step up to semi-automation, with combined functions relieve the driver of the need to control certain tasks—think cruise control combined with lane-centering technology. These vehicles still require an alert driver at the wheel to oversee and correct where necessary.

Level 3: Vehicles class at Level 3 automation level offer limited self-driving function. The driver can cede full control of all safety critical functions and rely heavily on the automated tech with only occasional need for driver oversight—making this level of automation a slight risk if drivers are lulled into over-reliance.

Level 4: This is the NHTSA’s topmost level for full self-driving automation, where the vehicle performs all driving functions for entire trips, including self-adapting to roadway and environmental conditions without driver input.

The Society of Automotive Engineers (SAE), an automotive standardization body, looks one step further by designating a Level 5 for vehicles that are truly driverless in that they include no controls or steering wheel for human driving at all—whether the technology would be used for unmanned cargo, or passive passengers.

This level of autonomous vehicle is mostly theoretical at this point, but with industry changes this rapid, that’s subject to change.

We’ve seen technology shifts rapidly transform so many industries in the past decade, it’s easy to see why the auto industry would move so quickly towards automation.

Manufacturers aren’t likely to risk being left behind on the next big innovation with so much potentially at stake. But how comfortable is the average consumer with the idea of autonomous cars?

Recent surveys suggest that much of the American public has some reservations. Earlier this year, AAA surveyed 2,000 adult drivers and found that a whopping 75%

“would be afraid to allow an autonomous vehicle to drive itself with them in it.”

That same survey showed drivers had the highest level of trust in lane-departure warning and lane-keeping systems with about half of respondents expressing comfort in that technology, with trust in upcoming automatic emergency braking systems that will be included in all new models by 2022 down to 44%, and just 36% trust in self-parking systems.

Perhaps drivers are cautious about these  technologies because they’re not yet familiar with them, since lane-departure warning systems are already standard in models in the market and the other two options are upcoming technologies.

In early 2016, the federal government announced a bold 10-year plan for autonomous vehicle research, with a promise to invest $3.9 billion in the undertaking.

The research will inform federal policy on regulating autonomous cars and help to guide cities with infrastructure and urban planning, and Department of Transportation Secretary Anthony Foxx voiced strong optimism for autonomous vehicles, citing the statistic that 83% of vehicular accidents are caused by human error, and highlighting the shift towards automation as a chance to “save lives, save time, and save fuel.”

Those are worthy goals any driver could get behind. But in the meantime, manufacturers and their tech partners continue to put their latest developments into preliminary trials and beta testing—often on public roads.

And no matter how carefully the technology is tested before vehicles are allowed on the road, finding a bug or a poorly-considered feature may have dangerous consequences at first.

The most serious case so far happened in May of this year, when a driver was killed after neither he nor the Tesla Model S Autopilot recognized a tractor trailer entered the highway perpendicular to the Tesla’s course.

The Tesla Model S Autopilot is not meant to be driverless—Tesla warns drivers to “always keep your hands on the wheel” and “keep your hands on the steering wheel at all times,” and those who purchase the vehicle are required to have explicitly acknowledged that the Autopilot feature is still in beta testing. Despite those precautions, the incident has made some wonder if expecting drivers to remain vigilant enough to override advanced systems like Tesla’s Autopilot is unrealistic, and perhaps unsafe.

Elon Musk announced in late July that Tesla is now updating their Autopilot radar system to prevent any similar incidents from happening in the future.

But the incident demonstrates the importance of educating consumers about the limitations of nascent autonomous vehicle models along with their benefits. One of Google’s AV test vehicles also reported a crash earlier this year in California when the car collided with a bus after slowing down due to detecting sandbags in the street—fortunately the speeds were slow in this case, and no one was hurt.

For now, sticking with modular automation on the lower end of the NHTSA’s scale may make it easier for drivers to avoid over reliance on the young technology.

Enthusiasts should be aware that no matter how reliable the autonomous tech in a vehicle at Level 3 or above feels, no vehicle should be trusted as “driverless” in the very immediate future—no matter how reassuring the name, or how often the system flawlessly performs.