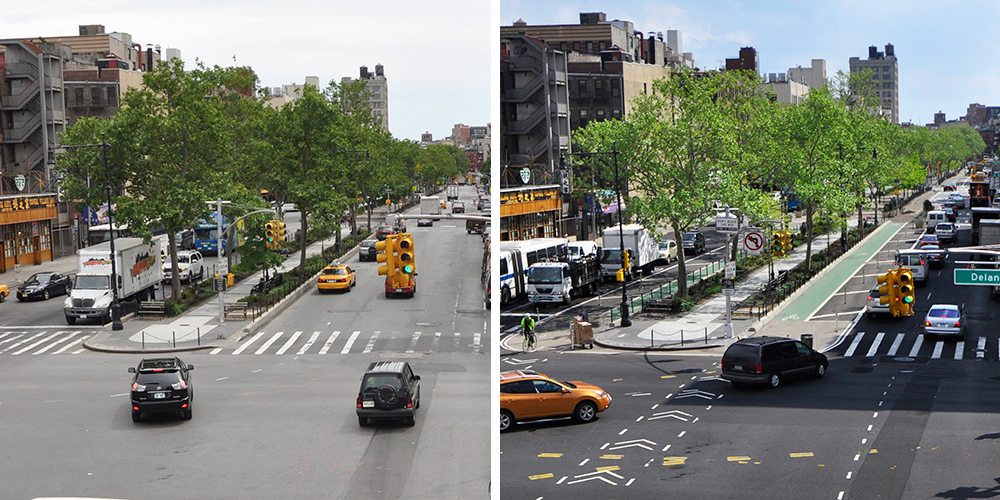 You are now four times more likely to die in a traffic accident in the United States than in Sweden. But the difference wasn’t always so dramatic. Since the late 1990s, Sweden has employed Vison Zero, an innovative and holistic traffic safety strategy that’s cut fatalities down to a fraction.  Due to its uncanny success, Vision Zero is now being adopted in cities throughout the world and most prominently in  New York City. During the recent Vision Zero conference, reporter Sarah Goodyear of The Atlanic’s City Lab blog talked with Matts-Åke Belin, one of the plan’s chief architects. It’s an insightful interview, well worth the read, but if you don’t have time for 2,000+ words, here’s a few stellar takeaways from Belin:

Instead of relying on experts to legitimize their goals, policy makers view Vision Zero as a political cause, one that protects peoples’ right to travel without injury or death.

The problem is the whole transport sector is quite influenced by the whole utilitarianism mindset. Now we’re bringing in the idea that it’s not acceptable to be killed or seriously injured when you’re transporting. It’s more a civil-rights thing that you bring into the policy.

Traditional approaches to traffic safety focus on behavior modification. That’s what checkpoints, traffic laws and PSAs are all about. Vision Zero builds on this by asking the traffic engineer to take equal responsibility. Human beings, by nature, make mistakes and it’s up to the traffic engineer to minimize the consequences.  For example, replacing chaotic intersections with roundabouts is proven effect at reducing accidents – why not employ successful designs more often?

Why should we put the whole responsibility on the individual road user, when we know they will talk on their phones, they will do lots of things that we might not be happy about? So let’s try to build a more human-friendly system instead.

The heart of Vision Zero calls for reduced traffic speeds — under 30 km/h (18.6 mph) — where there are high volumes of pedestrians. At that speed, a collisions with an unprotected road users is less likely to become a catastrophe.  Road design should maximize safety and accessibility for all users.

In Sweden, enforcement cameras have been employed widely in both rural and urban environments, but the point isn’t to catch drivers. Swedish officials have been intentionally transparent about the use of surveillance, hoping to encourage drivers to do the right thing. The result? Drivers are traveling slower and not one person has been ticketed.

We put up the cameras on a stretch, and we tell everyone, OK, now you’re going in this area, and in a friendly but firm way we say you have to keep the speed in this area because we have a history of crashes.

Drivers and pedestrians needn’t be enemies when the goal is better design. Well engineered streets do more than reduce tragedies — they improves quality of life for everyone.

It’s not just about safety, it’s about a livable city in general. To be able to have your kids go to and from school by themselves would be a fantastic thing.