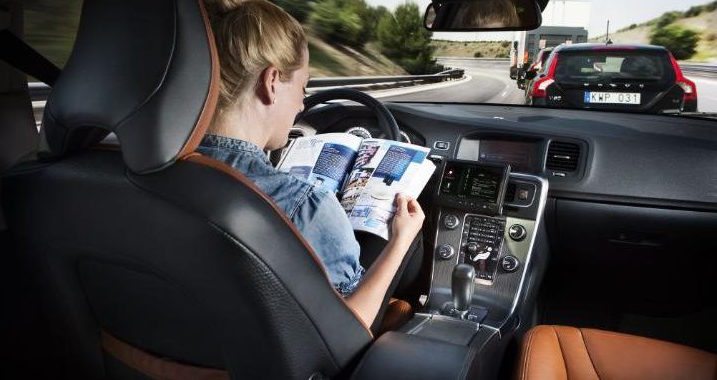 Though the automotive industry is notorious for being slow to implement new innovations, the race to a driverless future is evolving at a rapid rate – but this time, it’s tech companies and startups that are making the headlines.

Lots of tech companies are either partnering with automotive manufacturers or developing their own vehicles in the current trend towards autonomous cars, but until recently, Uber was not considered one of the major players.

Now, the ride-sharing app company seems to have pivoted their business strategy to change that, with several major announcements dropping in August that have wide-ranging implications for their “gig economy” human drivers, multiple industries, and the driving public at large.

The biggest news came mid-month, when Uber unveiled its plans to begin shuttling passengers in self-driving Ford Fusions and Volvo XC90s by the end of August in Pittsburgh, with plans for other cities said to be in the works.

Passengers who use the app and opt for a self-driving car will be given free rides, since the technology is in beta, and the service will double as a testing ground for Uber. Instead of a driver, a trained “operator” will be positioned at the helm ready to take control in case of any hiccups, and an engineer will ride along as well to take notes on any performance issues.

It’s a significant first step that will give the company a better view into how these cars perform in real city conditions, and give the public the opportunity to become a little more familiar with self-driving vehicles (until now, the ability to check out a self-driving car has been mostly limited to celebrities and dignitaries).

Why Pittsburgh? Several factors came into play in Uber’s choice of the Steel City for their first public foray into autonomous ride-sharing, but the main one is proximity to Carnegie Mellon.

In early 2015 Uber partnered with researchers at the university to work on driverless technology at their Advanced Technologies Center, where they employ over 400 mechanical and electric technicians, sensor experts, algorithm developers, and testers.

This should ideally give the company some idea of how the vehicles may perform in other cities. Having the fleet operate in an area where riders will be making more short-distance trips is also helpful, as these trips so far appear to be the kind current autonomous vehicle models most excel in.

The autonomous mini-fleet in Pittsburgh is not the only announcement signalling a change in company direction for the on-demand ride-sharing giant. Uber also announced its acquisition of “Otto,” a startup founded by ex-Google employees that aims to bring autonomous semi-trucks to market within as little as two years.

It’s easy to see the writing on the wall here for the trucking and transport industry should these vehicles be deemed road-safe and widely implemented–these fleets could put some professional drivers out of work right alongside their “gig economy” Uber contractor counterparts.

Proponents of autonomous vehicles tend to cite the astronomical percentage of car crash fatalities that result from human error, and semi-truck crashes are no exception. More than 330,000 semi-trucks were involved in crashes in 2012, killing 4,000, with 90% of those crashes caused by avoidable human error.

The founders of “Otto” want to offer a product that’s seen as a safer alternative, and Uber clearly sees the potential in getting in on the ground floor of another industry disrupt.

Still, these large vehicles have a larger capacity for harm, and wide-scale implementation of new technology is likely to have repercussions we can’t yet predict.

The resignation came after Drummond was reportedly shut out of Uber board meetings on self-driving vehicles. The parting of ways came down to an apparent conflict of interest: Uber is exploring its own self-driving vehicle technology, and Google is now branching out into the ride-sharing economy by beta testing a new app called “Waze.”

The split was announced as amicable, but this public division highlights an aspect of the industry shift that may be cause for concern. When competitors guard technology for products as potentially dangerous as autonomous vehicles, will public safety be the cost when models of varying levels of safety and sophistication hit the market?

Should We Trust the Private Sector to Keep Roads Safe?

It wouldn’t be accurate to say that tech companies aren’t concerned with the safety of their emergent autonomous technology just because they stand to make a profit from them.

Uber, along with Google, Lyft, Ford, and Volvo have joined forces in the Self-Driving Coalition for Safer Streets to lobby the government for cooperation in regulations. But the private industry’s capacity to be blinded by self-interest–even if well-intentioned–should not be shunted aside by the public.

Auto and tech manufacturers will have to cooperate with the government to figure out best safety practices and help devise new laws if they want the technology to be accepted and advance.

And some laws already on the books in many states will need to be re-examined, such as the prohibition against television-like screens in view of a driver. But at the end of the day, a private company’s objective is successful product manufacture and monetization, not public safety.

With so much critical data kept privatized and compartmentalized among competing companies and their respective subcontractors, it’s going to be a challenge for legislators without deep technical knowledge of the risks and differences between each eventual model to judge where change – and caution – should be implemented.