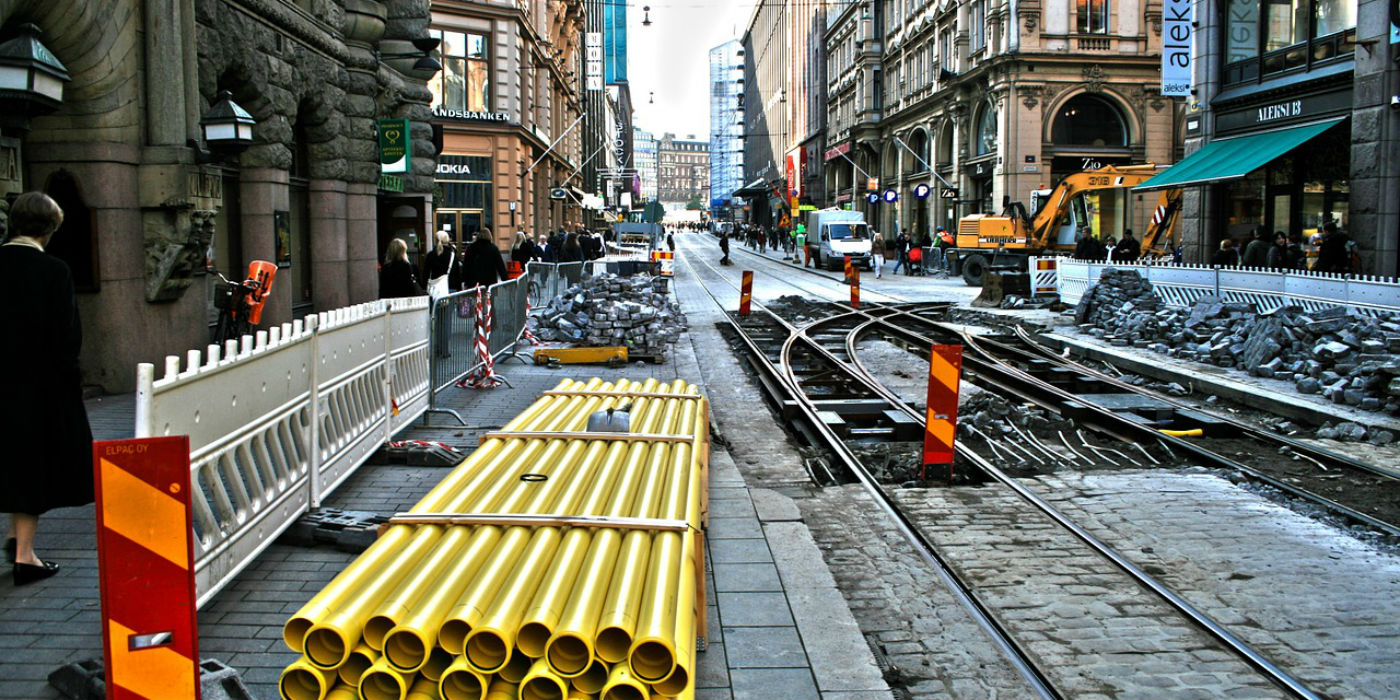 Our Cities Are Designed Around Roads

As the U.S. economy continues to grow, we are relying on a diverse economy to fuel our nation’s prosperity.

Everything from commercial driving, distribution, and of course residential drivers who commute to and from work rely on inner-city roads.

One problem facing mass-adoption of autonomous cars on our city streets is that road construction, and safety equipment like traffic cones, are a constant occurrence, and the very nature of road construction means that there is no way to standardize how self-driving cars can interpret and react to situations.

Work zones are so dynamic, so site-specific in a lot of cases, that it’s tough to try to write code to tell the vehicle ‘When you see this, do this -Jerry Ullman

Mr. Ullman is a research engineer at Texas A&M who specializes emerging vehicle technologies, and his statement underlines the challenges automakers find when creating code to help driverless cars work in construction zones.

State and local DOTs add to the problems because many countries don’t keep detailed databases identifying what roadwork is happening at specific locations.

As a result, automakers and researchers can’t feed free cars any information to help the vehicles identify construction zones.

This means that self-driving cars don’t receive vital information before entering a construction zone and software engineers can’t even write an algorithm to help autonomous cars bypass areas around those construction zones since there is nothing to tell the cars where the maintenance is happening.

Commercial vehicles are set to become a central fixture on our city’s roadways by 2018.

During this time many experts anticipate that self-driving commercial vehicles will help ease the process of distribution to millions of U.S. businesses across the country.

However, public safety comes into question when looking at our current technology. The goal of policy makers and autonomous car manufacturers is to make self-driving cars as safe as human drivers. This means that manufacturers must make their vehicles interpret situations, make appropriate decisions, and then react in a way that resembles a human driver. This also applies to the requirement to have self-driving technology interact with modern traffic equipment. A solution is to embed IoT communication technology into traffic cones and other devices to help autonomous cars know where potential dangers are while also allowing humans to see the dangers too.

While this is not currently possible from a technological perspective, policymakers and city planners can begin by making modest changes to our city infrastructure.

These changes should be designed and implemented in such a way as to assist autonomous cars in navigating, interpreting, and act in a way that is similar to human drivers in various dynamic situations.

U.S. City Roads Were Made For Humans

Our city roads were built for human drivers.

Several examples limit navigation abilities for autonomous cars in construction zones. Some of these range from blocked line of sight to interpreting hand signals. The main discrepancies include:

If a construction worker uses hand gestures to guide traffic, an autonomous car is not able to reliably follow direction. This puts construction workers in danger because current self-driving car technology can not interpret small instructions that human drivers can react to appropriately.

One of the leading technologies that autonomous cars use to understand their environment is advanced camera systems.

While these cameras are useful in many situations, they are not able to function when the sun is situated at specific angles or directly behind traffic lights. This means that, depending on the time of day, autonomous cars are not able to navigate complex environments and could pose dangers to construction workers and other drivers.

If a truck needs additional space to turn and has a “Makes Wide Turns” to warn drivers, an autonomous car might pose a danger because it can’t read the writing.

Since many trucks enter and exit construction zones, self-driving cars could be a problem for construction workers in specific situations that demand interpretation in complex situations.

Small Changes To Our Infrastructure For Self-Driving Car Navigation

There is no need to make extreme, full sweeping changes to our infrastructure to assist autonomous cars on our inner-city streets.

Policy makers and city planners only need to consider small changes that can accommodate the weaknesses of autonomous cars like how to interpret a construction worker’s hand gestures.

Since computers observe and interpret information differently than humans, policymakers should look to leverage strengths of autonomous cars while minimizing risks from their weaknesses. Autonomous cars have several benefits that rival the abilities of human drivers, and automakers can take advantage of these strengths that include:

One way to minimize the risks of autonomous cars around construction zones is to have construction workers use wireless beacons or apps instead of relying on hand signals.

These wireless beacons would communicate directly with autonomous cars in a way that is conducive to how their computer systems interact and react to the world around them.

Another way that small infrastructure changes can help autonomous cars navigate inner-city road construction is to leverage wireless beacons on our traffic lights and road emergency markers. Since our current city streets and construction markers rely on visual cues, autonomous cars rely on cameras to interpret the world around them.

Research has shown that these cameras are rendered useless based on the sun’s position and other variables throughout the day.

A third way that infrastructure changes can help improve how autonomous cars interact with construction zones is to make them more predictable.

While autonomous cars will need to react to the dynamic driving conditions of inner-city roads, automakers can use distinct markings on the body of self-driving cars to alert human drivers and workers of their presence.

This approach would mimic the “Student Driver” sign placed on the cars of new drivers. This sign is shown on the outside of practice cars as a way to alert other drivers to be aware of immediate actions and pay careful attention in the immediate area. This same form of visual warning can be used for autonomous cars, so humans in the vicinity of the autonomous car can react accordingly if needed.

While these changes to our infrastructure would be modest adjustments, they would provide increase safety for construction workers and the general public. Construction planning would have to include procurement and placement of these beacons, but they would provide a clear way for autonomous cars and other vehicles to interact with construction zones in a safe manner.

The rise of autonomous car technology offers several benefits for our economy and road safety. However, the same technology that makes self-driving cars work show specific weaknesses when operating in the real world.

These shortcomings are because our current roadways and traffic laws were made for human drivers and not computer programs.

This shift will require cooperation among policymakers, autonomous vehicle automakers, and the general public to be a success. However, this type of collaboration is not an option anymore. As technology continues to advance and the need for safer roads to reduce automobile deaths increases, we need to find an answer that allows emerging technology to serve humans in a responsible manner.

This seems like a lot of work, but the good news is that we have made these types of infrastructure changes in the past. The U.S. went through a wide-spread infrastructure shift when our dependence for commerce moved from trains to automobiles.

Clearing The Road Ahead For Wide-Spread Autonomous Car Technology

Our cities will be able to manage this infrastructure changes better if they are first implemented in small, controlled environments. Starting in select cities, construction zones would be deemed “autonomous car enabled” and serve as a testing ground for the wireless beacons and other technologies to help autonomous cars navigate the locations.

This approach will make it easier to implement necessary infrastructure changes and provide policymakers, construction planners, and construction workers with the time required work alongside autonomous cars in a safe and productive manner.

With several small, well thought out changes to our infrastructure our city streets will be safer for self-driving car technology. These changes will make construction zones safer and allow autonomous car technology to interact with existing infrastructure!