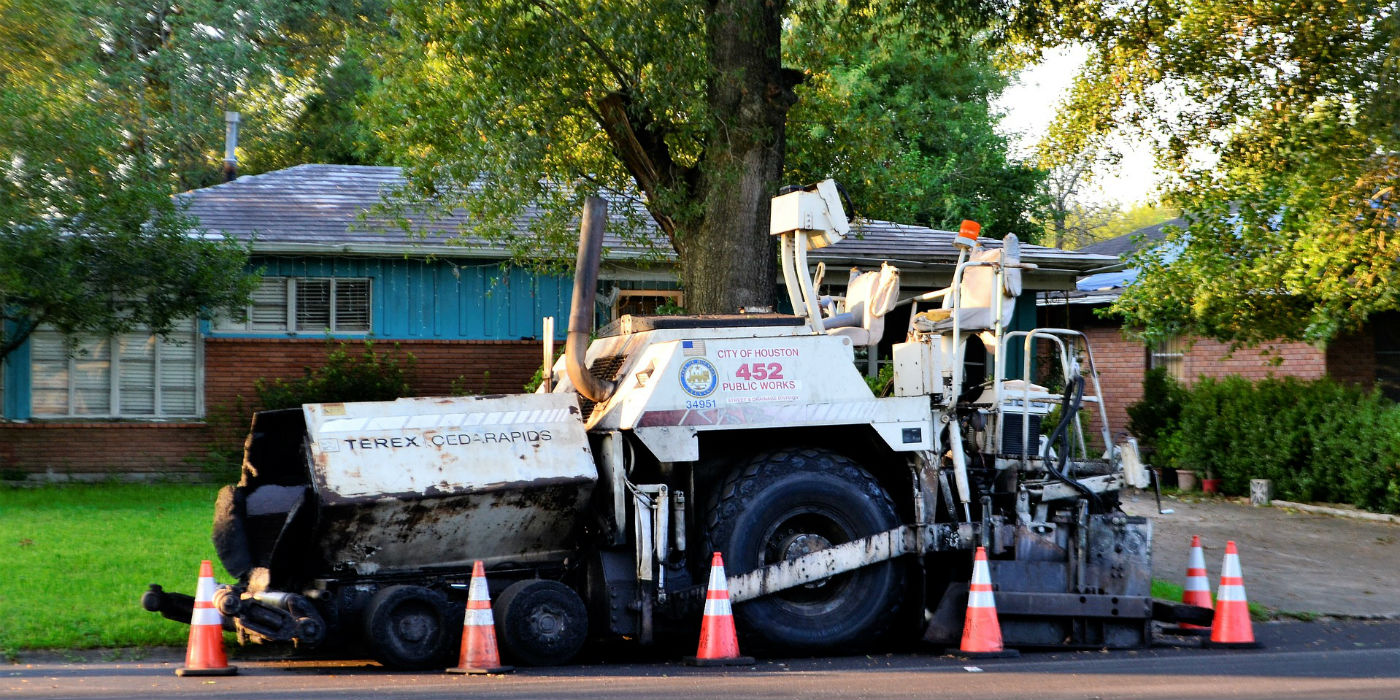 Each year the majority of the U.S. experiences severe weather as the seasons shift to winter. Not only do these winter months bring weather that is frigid to residents, but the changing climate also has a significant impact on the integrity of our public roadways.

Since 1990, highway traffic throughout the U.S. is up by almost 30% for civilians, and during that same time, commercial traffic is up by nearly 50% during the same timeframe.

This spike in traffic means that our roadways are under more pressure than ever before.

When the increased stress on roadways is combined with the expansion and contraction of water in the pavement from cold and warm weather patterns, many states are seeing their roads crumbling away.

How Damaged Infrastructure Impacts Our Country

The cost of potholes and other effects of under-maintained roadways has a real impact on the wallets of motorists across the U.S. Each year potholes are causing an estimated $3 billion in blown tires, busted axles, and other damage to their vehicle.

A recent study from AAA shows that over the past five years around 16 million drivers across the U.S. have suffered damage from their pothole.

As costly repairs to cars and trucks increase from the reduced budgets of state governments to repair roads and as more drivers use highways, public roadways are in more need than ever for significant improvements.

According to the same AAA survey, lower-income individuals are most worried about potholes because a costly bill could have a substantial impact on their financial stability.

Damage to vehicles has other costs too because when cars are damaged they pull over to the side of the road. This creates unsafe driving conditions and increases traffic congestion in those areas.

While potholes are a financial worry for many people, these breaks in the pavement can also cause ongoing traffic congestion and create an environment that is not safe for oncoming traffic.

Potholes are caused when pavement come under severe stress from severe weather and the constant pressure of oncoming traffic. Potholes are caused by the expansion and contraction of water that seeps into the ground under the asphalt and pavement.

Potholes are not limited to areas that are subject to annual snowfall, because potholes can also form in areas with high traffic patterns and lots of moisture. U.S. highways were built in the 1950s and 1970s with an expected lifetime of 50 years, so our infrastructure is damage more frequently due to the age of our structures.

Over time, all pavement structures experienced variables that comprise their structural integrity without ongoing maintenance.

For areas that are in the Snowbelt, the water that is trapped in the ground will expand and take up more space in the surrounding area. This will result in the pavement to swell, crack, and bend which will weaken the pavement and asphalt roads.

Once the weather warms in the Spring, the ice melts, and the sidewalk leaves gaps in the streets. These gaps come under pressure from passing vehicles, and after time they can grow in size and depth.

As this pattern continues over time, roadway pavement will weaken. As cars continue to drive over these areas, the weight of vehicles will tear away at the integrity of roadways and cause potholes to develop.

Strategies To Prevent Potholes From Forming

Potholes are the result of weakened pavement from the expansion and contraction of water over time. Potholes can form in environments other than seasonals shifts in winter to spring, so all roadways are subject to damages caused by potholes.

Municipalities have developed some ways to prevent potholes from forming in city streets, and these preventative efforts can help reduce damage to vehicles and costly roadway repairs.

It often costs less to fix a right road in need of some maintenance rather than undertaking a massive project on a road that requires a lot of support. Here are some of the most popular pothole prevention methods that cities and states use to keep costs down and improve public safety.

This approach to pothole prevention is made by applying hot-poured sealant to a crack that is forming before it has time to penetrate the top layer of asphalt. Depending on variables like the climate, materials, and roadway conditions, crack sealing can last three to eight years.

Patching an impacted area of pavement is similar to crack sealing, but the process of patching will have a more significant impact to prevent the formation of a pothole.

This is because patching is the process of filling potholes or damaged areas in the pavement to help further deterioration. Without timely patching, pavement can undergo extreme damage and require expensive repair.

There are two types of patching that municipalities can consider for damaged pavement areas.

Thin Surface Patch: This type of patching is considered a “throw and go” approach to pavement patching, and includes a hot mix of asphalt and other asphalt mixes of aggregate and modified binders. This approach is best used when the pavement is not severely damaged, or when financial constraints prevent a full-depth patching project.

Full-Depth Patch: A full-depth patch is a more substantial undertaking that has a substantial impact on the specific area but also requires more time and resources. This approach is the removal of the entire pavement surface. In some cases, after the project is complete concrete or asphalt pavements will be added over the patch, but in other cases, the only asphalt will be applied to the damaged area.

Overlays are an intensive approach to pothole prevention where engineers overlay compacted asphalt to the existing pavement. This application of road acts as a sealant to the surface and can add some structural strength while also reducing the ability for water to seep into the underlying pavement.

Ensuring The Strength Of America’s Roadways

As our public roads continue to deteriorate with age and wear & tear, local politicians need to work with other agencies to find ways to ensure the integrity of our roadways.

Since the U.S. economy depends on mobility and vehicles, the integrity of public roads is not only vital for public health but it is also essential for ongoing economic stability.

As politicians begin to invest in our roadways we should see decreasing costs incurred by individual drivers and improved safety for all drivers!