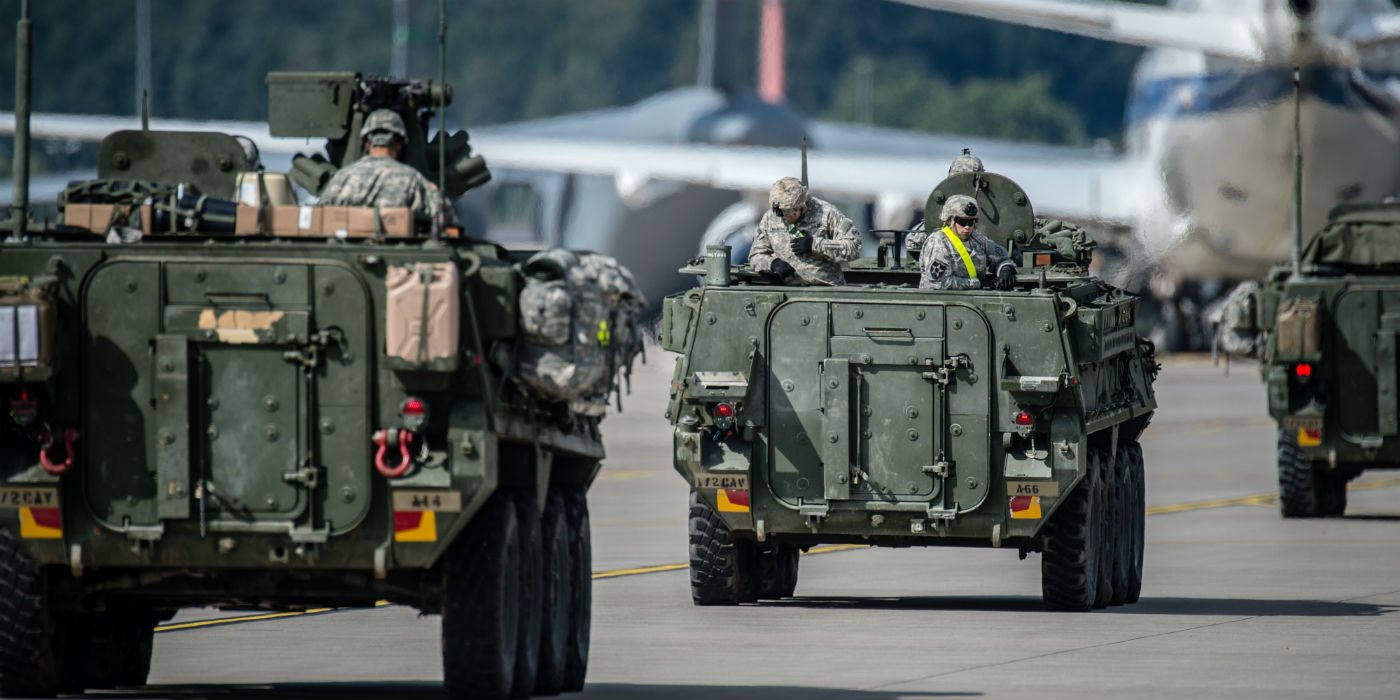 Self-driving vehicles are not just for commercial or residential use. The same autonomous vehicle technology used to make city roadways safer can also offer increased safety for troops in the field.

This successful first test is the phase of a long-term plan the Army has to deploy autonomous vehicles in the battlefield and across military bases.

The hope is that this technology will remove humans from danger and improve economic efficiency.

The Future Of Autonomous Vehicles On The Battlefield

Self-driving vehicle technology has its roots in improving safety and efficiency, and the Army is one of the most recent organizations to draw interest in autonomous trucks.

Within the next 10 to 15 years the U.S. Army hopes to deploy self-driving convoys of trucks to deliver troops and supplies in conflict zones. The idea is that this technology will prevent casualties from roadside explosions, and soldiers could be used for other tasks instead of driving supply convoys. After explosions, Army engineers will place specialized traffic cones around the caution area to help autonomous vehicles navigate through the environment without crashing or being damaged.

While potentially life-saving benefits are among the primary interest in self-driving vehicles for military application, the US Army is also interested in the economic advantages of this technology.

Technology And Adoption For Military Convoys

As autonomous car technology continues to advance, innovation will expand application for improved safety and economic efficiency. Due to the increased interest in this technology we can expect the advancements to result in reduced price and improved quality of components.

These factors are vital for larger Military application because you can’t have vital truck convoys delayed when supplies are needed in a given area.

While the U.S. Army had a successful test, several barriers could hinder wider integration of self-driving car technology on the battlefield:

Even though there are barriers with technology, regulations, and economic factors, the U.S. Army seems committed to integrating self-driving truck convoys into everyday operations.

According to statements made by U.S. Army General Robert Cone, robots could replace one-fourth of all U.S. combat soldiers by 2030. This shows that the Military is confident autonomous trucks will play an increased role in the future.

The Pentagon is looking to private automakers to help implement self-driving vehicles sooner and less expensive. Instead of producing military vehicles from scratch, U.S. Military leaders are looking to existing designs from private car producers to decrease costs and help speed up adoption by decades.

This makes the overall military strategy more practical and easier on taxpayer wallets. The autonomous vehicles will be fitted with various technologies to ensure performance often found in conflict zones. Some of the solutions these self-driving trucks are created to address include:

The U.S. Army is in the process of developing new military doctrine, tactics, and training to integrate self-driving vehicles into strategic missions. The ultimate goal of the U.S. Army Training and Doctrine Command is to move towards the time when troop carriers and tanks will not require human operators.

In these vehicles, humans would only be optional, and experiments show that within 20 years the U.S. Army wants to have unmanned Abrams tanks deployed in training simulations.

It is easy to see how autonomous vehicles could benefit Military operations and help reduce casualties and increase productivity.

Perhaps once self-driving convoys of trucks are deployed in conflict zones we will realize the next iteration of self-driving technology and uncover the future of autonomous vehicles.

The Next Steps For Self-Drving Military Truck Convoys

With the successful tests in recent months, the Pentagon is preparing for the next phase of self-driving convoy truck testing. In the next step the Army will experient with vehicle-to-infrastructure radio links.

These will transmit speed and location data to roadside transponders. In turn, the transponders will supply the trucks with updated information about road closures and other tactical information. This data could help convoys avoid obstacles and other harmful situations.

The technology to perform this communication exercise isn’t cheap. The first test will require transponders that cost $5,000 each and have an effective range of about 328 yards. This means the Military will purchase a large number of these transponders to ensure detailed field testing.

If these field tests are successful and meet the Army’s expectations, the Pentagon is expected to retrofit it’s fleet with additional technology. Retrofiting each vehicle to allow for self-driving capabilities and necessary communications will cost about $175,000 per vehicle.

As the Pentagon continues to advance its military application of self-driving trucks, automotive suppliers could find enormous sales opportunities ahead. From radar units to high tech cameras that have a 360-degree view and onboard computing systems, the Army is going to need the most reliable and effective technology at its disposal.

Successful trials and field tests could increase demand for this technology in public sectors. Military application could be a major contributing factor in the advancement of autonomous vehicle technology in the near future and promote industry advancements.

Moving Forward For Military Use

As we have already seen, many barriers prevent the use of self-driving cars on residential roadways. These same barriers exist in conflict zones but with additional variables not seen in city streets.

There is no quality standard for roadways that the Military can reference when building self-driving trucks to be used in conflict zones. Many times roads are subject to ongoing explosive shelling and infrequent maintenance.

There will need to be substantial advancements in self-driving car technology to allow autonomous trucks to be a part of military strategy.

However, it is an exciting time to watch as autonomous vehicles begin to make an impact in the Military and help save lives of soldiers. The future of self-driving cars is healthy, and the Pentagon is just one of the most recent applications for self-driving technology!