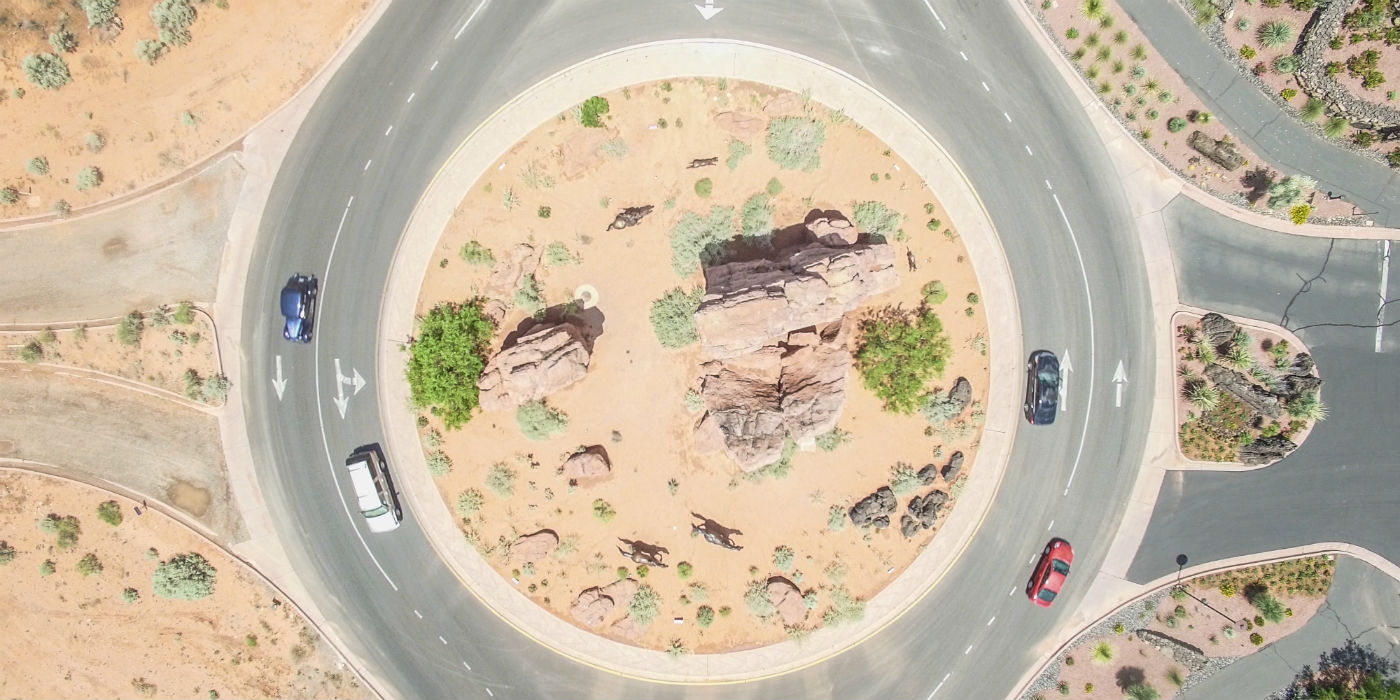 The History Of The Roundabout

When the topic of roundabouts is brought up, most people think of a city in Europe with traffic whizzing around a circular road. However, roundabouts have their roots in America and grow in popularity throughout the United States in 1905 when William Phelps Eno designed a circular intersection for New York City.

However, these larger designs caused confusion and resulted in more crashes and more congestion. This lead to the removal of most rotaries throughout the U.S. and led to the decline of roundabouts throughout the 1950’s.

The modern roundabout was designed in the United Kingdom to address problems with traffic circles, and in 1966 lawmakers in the U.K. standardized the “give-way” rule that required traffic entering a roundabout to yield to vehicles already in the circular roadway.

This rule prevented traffic congestion and improved the overall safety of pedestrians and drivers traveling through the roundabout and this same principle is adopted for modern roundabouts thoughout the United States.

There are many types of roundabouts throughout the U.S., and each design comes in different shapes and sizes. The most common roundabout design is a circular roadway with two or three intersecting roads that all curve around a central island. “Mini-roundabouts” are often used in small, urban intersections and have a 45-foot diameter and can come in 200-foot diameter to accommodate for higher entry speeds.

While there are several types of roundabouts that engineers can build to alleviate traffic congestion in a given area, there are five common features that all roundabouts have in common:

Why Use Roundabouts Instead Of Intersections?

Traffic management has been an ongoing issue for many urban centers, and controlling traffic in an efficient manner is something that city planners and engineers have had to focus on as they work to make public roads safer.

Recent studies have shown that roundabout decrease injury at intersections by 75% compared to intersections with stop signs or traffic signals. While overall roundabouts reduce overall collisions by 37%, they can reduce fatal crashes by up to 90%.

Several reasons lead to the decreased injury and deaths in roundabouts compared to traditional intersections. These improvements stem from the design and how drivers and pedestrians interact with roadways, and the improved intersection performance is a result of:

There are many benefits to using roundabouts at an intersection compared to traditional intersections. These benefits result in safer travel through the intersection, improved throughput and decreased travel time. Plus, drivers and pedestrians experience fewer incidents as they pass through the roundabout.

While roundabouts are not perfect, they offer relief to areas that experience high rates of traffic accidents.

City planners need to work with local officials and citizens to identify the best locations for roundabouts that make the most sense for local traffic and the needs of all citizens.