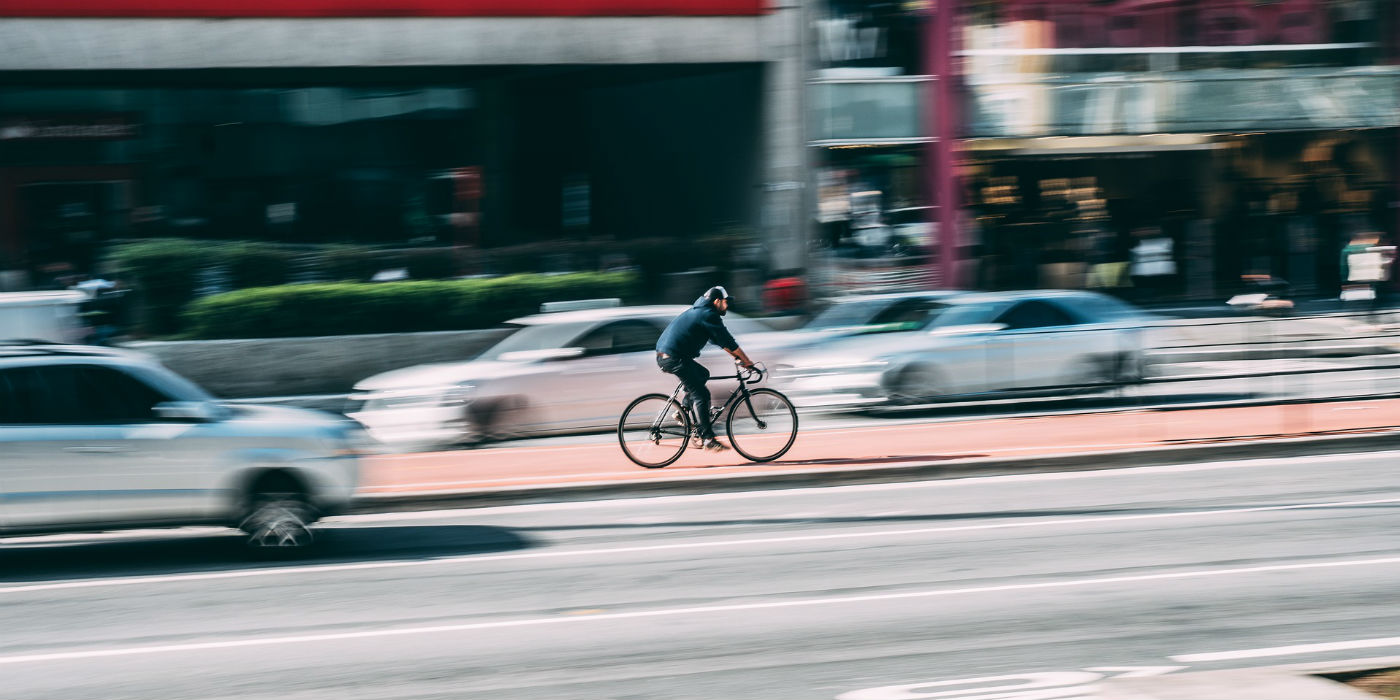 Autonomous cars promise to bring many benefits to our roads in the near future. From reducing the risk of “sleeping at the wheel,” to reducing traffic accidents and eliminating traffic-related deaths on public roads. Both policy makers and automobile manufacturers tout the benefits of autonomous cars in our communities.

To fulfill these promises engineers and car manufacturers are working quickly to overcome the various obstacles that are in the way of widespread adoption. As technology continues to evolve and processes are put in place, any experts predict autonomous cars will dominate our roadways by 2040.

However, there are many areas that current technology for self-driving cars is not ready for real-world driving. One of the most prominent issues that autonomous car technology faces is the inability to detect and react to cyclists in biking lanes or who share the road with vehicles.

The Problem That Bicyclists Cause For Self-Driving Cars

A 2017 study by the IEEE Spectrum found that out of all forms of transportation that autonomous cars interact with, self-driving car technology has the most difficulty with bicycles.

The reason for this challenge is that bicycles are smaller than other forms of transportation. At the same time, bicyclists are also more nimble and unpredictable than cars or trucks. These two factors mean that on-board driverless technology is going to struggle to keep up with the human elements of bike transportation.

Coupled with the fact that how self-driving vehicles interpret their environment, on-board technology tends to think that bicycles are two objects as the bicycle (bottom) is not a standard piece of how a human (top) relates to their algorithm. This means that driverless technology will need new and innovative ways to understand their environment.

Cyclists are experiencing increased injury and death throughout American cities. In 2015, more than 800 cyclists died as a result of traffic accidents involving vehicles, and more than 400,00 cyclists suffered from injuries that were caused by accidents.

In 2016 that number increased significantly, resulting in about 835 fatalities throughout the U.S. This means that cyclists are involved in more traffic accidents than any other form of traffic-related incidents.

This is a significant increase in traffic-related deaths for cyclists, and the shocking piece of this statistic is that 71% of those fatalities took place within city limits.

As local politicians and traffic managers look to implement ways to increase safety for cyclists on public roads, many turn to improved driver education. These sessions are focused on informing drivers about best practices when sharing the road with bicyclists.

At the same time, cyclists are taught best practices to help them interact with vehicles in a way that will reduce injuries and deaths. However, the success of this training depends on the infrastructure and training of drivers.

Some studies have shown that these educational efforts are not slowing injuries or deaths among cyclists that result from car-bike accidents.

This issue is amplified by the fact that many roadways were not intended to have cyclists share the roads with cars. This is seen with narrow shoulders and rumble strips inside roadways shoulders or bicycle lanes.

These elements, among others, result in reduced biking areas for cyclists who are forced to ride in the same regions as cars moving at high speeds. If local policy makers want to make our roads safer for all forms of transportation, including cyclists.

Even though on-board sensors are unable to understand how to interact with cyclists fully, one solution some engineers are looking to is implementing “bicycle-to-vehicle transmission” beacons.

Engineers from Tome Software, Ford, and Trek Bicycle believe that with ongoing research and development, it will be possible to create systems to overcome human error among cyclists and drivers.

Instead of relying on autonomous cars to detect and react to the actions of a bicyclist, each vehicle will have the on-board technology to transmit information between them to allow for safer travel.

The idea behind this concept is that bicycles will be outfitted with wireless communication devices to transmit their current position on the road.

Autonomous cars will have similar sensors integrated into their onboard sensors, and this will allow each vehicle to talk to each other to mitigate dangers on the road.

One of the best parts of “bicycle-to-vehicle transmission” is that cyclists will be able to transmit information with vehicles regardless of the make or model of their sensor or the self-driving car. This means that the safety of the cyclist and driver will be enhanced irrespective of the two sensors.

There will be a limited risk of the car misinterpreting how to adjust their trajectory if there are numerous cyclists in one location or if those cyclists suddenly shift their path while on the road. The devices on both the cars and cyclists will provide real-time data and help track movement of both parties as they travel along shared roadways.

Along with improved sensors, autonomous cars will be able to analyze their surrounding more efficiently. Instead of using processing power to collect, analyze, and interpret data about cyclists in their immediate surroundings, on-board technology will be able to focus on other tasks.

Plus, cyclists will be notified of approaching cars so they can remain aware of their surroundings and focus on other elements to stay safe on public roads.

Why “Bicycle-To-Vehicle” Technology Is Not Perfect

While “bicycle-to-vehicle transmission” technology may sound like the perfect solution to allow self-driving cars and cyclists to interact on public roads, some experts worry this answer is not the right fit.

Implementing this technology will mean that cyclists need to install additional hardware either on their bike, their body, or their helmet.

Not only does this mean cyclists could be less comfortable or impede agility if the sensors are significant, but it also leaves the risk of harm if the technology malfunctions.

Since the sensors on cyclists will need to be much smaller, the technology might not mature to allow for easy integration for several years. At the same time, since cyclists are subject to changing weather conditions, sensors could fail at high rates.

Since the communication between cyclists and autonomous cars using this technique requires both sensors active, cyclists could be subject to the same dangers as they have today.

“Vehicle-To-Everything” Systems Are The Ultimate Goal

As Engineers, automakers, and politicians look to find the best way to improve the safety of their communities with emerging technology like self-driving cars, all parties should look for ways to enhance the security of all transportation types. This means that pedestrians, cyclists, and vehicles should be considered as the best solution is sought.

Logical and financial constraints prevent developing a holistic system within the near future. Collecting, transmitting, analyzing, and implementing the amount of data that is needed to make this type of system possible is not realistic without several significant advancements in various technologies and systems.

Ongoing tests and research for this matter should pay close attention to how a holistic system is deployed, utilized, and modified to ensure pedestrian, cyclist, and driver safety on public roads.

The future of self-driving cars looks bright as engineers and automakers work together to find innovative ways to bring this emerging technology to our roads. As this technology is developed, all parties will need to focus on public safety as they prepare various techniques to keep the dream of autonomous car technology alive.

Whether we turn to sensors on pedestrians, cyclists, and vehicles, engineers will need to find a way to integrate all variables to develop a holistic communication system.