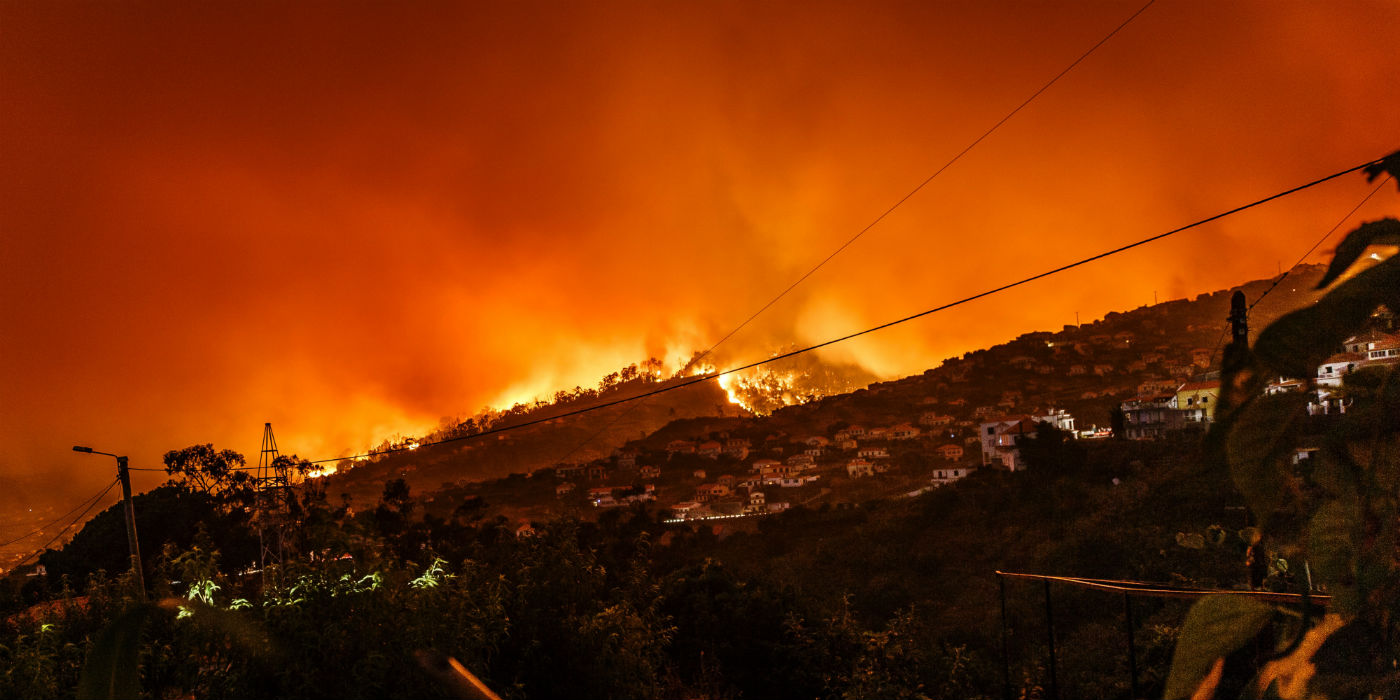 Fighting Wildfires With Autonomous Vehicles To Save Lives

Regardless of the underlying causes of wildfires, the fact is that the United States is trending to experience more acres burned this year due to wildfires than at any time in our nation’s history.

Not only does this general trend upwards impact our economy and civilian life, but it also puts the brave men and women who fight wildfires in greater harm too.

The National Interagency Fire Center has been recording the number of wildfires and acres burned each year since 1926, and the agency has shown some interesting statistics by comparing year over year data since 1983.

The 2017 and 2018 fire seasons have seen especially brutal wildfires as large areas in Northern California have burned. In fact, more than 8.8 million acres have been consumed throughout the Pacific Northwest, resulting in billions of dollars of property damage and hundreds of deaths.

Most firefighting robots being used today are controlled remotely by a human firefighter who is at a safe distance from the flames. Whether the robots complete vital tasks like delivering supplies, dousing flames or transmitting images to help their human counterparts, the future of wildfire fighting will include driverless technology.

One such vehicle that is being tested is the Fire Ox vehicle. This efficient vehicle is able to work without the need for a tethered fire hose because it has an onboard water tank it uses to prevent the spread of wildfire in specific locations.

While this vehicle currently requires direction from a human operator, several companies are experimenting with an autonomous version. These firefighting robots will be able to work independently from humans.

This means that firefighters can focus on complex tasks while their mechanical assistants go into dangerous situations and complete routine tasks in the area of a wildfire.

Wildland firefighting is a dangerous occupation that requires each firefighter to be in peak physical condition. Not much has changed in how professionals redirect fires from hitting our towns or how raging fires are controlled.

Flying over raging fires puts pilots and crews at risk. According to the Forest Service, plane and helicopter crashes account for almost 25 percent of all wildfire firefighter deaths between 2006 and 2016.

Lockheed Martin is a leader in the defense industry, and they have their sights on helping firefighters combat wildfires as they look for new ways to deploy the driverless technology.

Since Lockheed Martin has years of experience developing military technology, they hope to be able to combine their knowledge of advanced robotics with military-grade vehicles to address the needs of wildfire crews.

One way that Lockheed promises to help crews stay safe and be more useful is to deploy a set of small drones to provide surveillance and rescue civilians from dangerous situations.

The first autonomous vehicle that is being tested in wildfires is a drone equipped with thermal and visible light imaging to locate a fire. Once the driverless car identifies a fire, it will send vital information back to the crews.

As a result, fire crews will have better information about the type, size, and intensity of the fire before deploying firefighters to the location.

The second type of self-driving vehicle Lockheed is developing is a larger helicopter that will use data about the fire to rescue civilians who could be in the path of a raging fire.

Since the larger helicopter does not have a human driver, crews are able to reduce risk to their firefighters and have more hands available to fight back the flames.

Along with providing intel, autonomous vehicles are also expected to provide assistance for crews by carrying supplies and executing dangerous activities to tame wildfires. These vehicles could work independently from their human counterparts as they establish firebreaks and keep fires from spreading.

Resistance To New Technology In The Field

For states like California that is the center of technological innovation, one thing that stands out is how wildland firefighting has not adopted the newest technology to improve the effectiveness and safety of this dangerous occupation.

While some technologists are enthusiastic about introducing new drone and autonomous technology into the field, many firefighters are resistant to change. Since wildfires are often unpredictable, firefighters do not want to use new methods or technologies that are not proven in the field.

Even when these technologies offer solutions to common problems, many crews will only take on new technology if it has a history of success.

Not only are crews resistant to new technology, but there is also a lot of red tapes that fire crews will need to go through to deploy these autonomous vehicles in the field. Much of the regulatory resistance stems from the U.S. codes that hinder commercial drones from flying in specific locations.

Another issue facing the mass deployment of autonomous vehicles to help combat wildfires is the budget restraints many states face.

The Future Of Wildfire Firefighting Could Include Driverless Technology

Regardless of issues surrounding wildfires, I think that we can all agree that utilizing emerging technology in a way that helps the brave men and women who protect our cities from harm is a good thing. We will need to keep an eye out as autonomous technology is introduced and tested in the field to see if this approach can help wildland firefighters work more efficiently and safer!