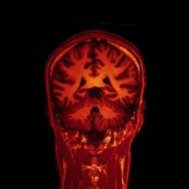 To learn more about cognitive distraction in drivers and  how you can help visit http://www.distraction.gov

We all do it. We’re late for work so we take our breakfast with us in the car. We’re stuck in gridlock so we check our reflection and fix our hair. We fumble with the dial or reset the GPS without pulling over. Drivers are infamous for multitasking behind the wheel. We pretty much assume it’s a survival skill for the demanding, modern world. In the past decade, we’ve added mobile phone calls, texts and even web browsing to the list creating a brand new class of peril that rivals drunk driving.

We pretty much assume it’s a survival skill for the demanding, modern world. In the past decade, we’ve added mobile phone calls, texts and even web browsing to the list creating a brand new class of peril that rivals drunk driving.

At least Bluetooth and voice-activated technologies minimize these risks, right?

Not so much. In the past few years, the University of Utah Applied Cognition Lab, Virginia Tech Transportation Institute (VTTI), The National Safety Council (NSC), The National Highway Traffic Safety Association (NHTSA) and most recently, the American Automobile Association (AAA) Foundation for Traffic Safety published reports on how multitasking effects drivers. The findings vary but the bottom line is the same: It doesn’t matter if your phone is in your hand or on your head; if your texts come from your fingers or your mouth. Make no mistake, these studies say, there is no safe way to do something else while you’re driving. That’s because safe diving doesn’t just mean using your eyes and your hands—it also means using your brain.

“Cognitive distraction,” is what happens when the driver’s mind abandons the road. It’s an immediate and inevitable outcome of multitasking and has been increasingly sited as the source of a staggering number of accidents. The human brain, neurologists are discovering, has finite bandwidth. You can’t add a second task without stealing brainpower from the first.

While daydreaming has always been a problem for drivers, the pervasive adoption of mobile technology has elevated cognitive distraction to untold levels. It’s difficult to measure, but the AAA foundation claims well over 3,000 people die each year in the United States because of distracted driving (this is considered a conservative estimate). By some estimates, cognitive distraction can be linked to as much as 80 percent of accidents. Hands-free technology, it turns out, has allowed us to feel we’re operating safely when, in fact, we’re not. Here’s the breakdown for drivers:

The laws meant to protect us haven’t caught up yet. Mobile technology infiltrated our lives quickly (remember the iPhone was released just four years ago) and we are just beginning to understand how it effects driving.

The NHTSA, the NSC, State DOTs and countless other organizations are scrambling to address the issue, but currently there are no nationally recognized guidelines for managing cognitive distraction while driving. To stay safe behind the wheel, we need to know what’s happening under our hood. The list below can help you understand—and explain—cognitive distraction:

Ever heard yourself say “That came out of nowhere,” while you were driving?  Most likely, you were having difficulty with information processing. This distraction is associated with verbal engagement–listening for comprehension, composing responses, and thinking through a problem–which uses sections of the brain responsible for abstract thinking.

What does this condition look like behind the wheel? The studies on multitasking while driving frequently refer to “inattention blindness,” where drivers lack awareness of new objects entering their field of vision. In other words, they might “see” bikers, stop signs, and even traffic signals, but not know they’re there. Additionally, these drivers experience “tunnel vision,” meaning they hyperfocus on the road directly in front of them. Unfortunately, interruptions—including merging traffic and pedestrians, or construction zones signified by traffic cones—tend to come from the periphery. Drivers talking on the phone, according to the studies, have up to a 10 percent reduction in reaction time and are more likely swerve into the next lane without realizing it.

The length of time compounds the danger. Drivers usually begin phone conversations while stopped at an intersection or stuck in a traffic jam, when the risk of an accident is perceived to be lower. When activity resumes, however, the driver’s cognitive function is already impaired. They may continue the activity without realizing their visual perception has changed.

Talking to the person in the next seat, on the other hand, tends to be less problematic because a responsible passenger generally overcompensates for the driver’s lost perception by pointing out turn lanes or oncoming danger. Plus they can see when the road is getting rough and the driver needs silence. Radio at a normal level is usually not a problem, but thought-provoking audio books and podcasts can be, according to a 2013 report by the AAA Foundation for Traffic Safety.

Voice-command technology—especially for texting— interrupts information processing. By this logic, newfangled dashboard apps for hands-free email and Facebook updates are probably more dangerous than we realize.

Texting takes seconds and so do accidents. The false perception that it can be performed before the road changes has helped make texting a leading cause of auto-related death in the United States. Studies claim that texting forces “attention switching,” meaning the driver’s focus is alternating between reading, composing and sending texts and the scenario unfolding on the road.

During this interval, their facilities—hands, eyes and brain—are fully compromised. The back-and-forth cycle makes a driver vulnerable to unpredictable events such as a child running into the street or a sudden halt from the car in front. The problem, however, isn’t limited to texting. Manipulating an audio device, rerouting a GPS or making adjustments to the dashboard without pulling over first can also be considered attention switching.

Multitasking behind the wheel by grooming, eating, or checking directions while you drive became public habit long before mobile technology. But has it gotten worse? In the recently published Pulitzer Prize nominated book, The Shallows: What the Internet is Doing to our Brain, Nicholas Carr claims digital reality has primed our minds for distraction. Inside a car, this can pull us towards food, a hairbrush or a mobile device almost subconsciously.

Studies have compared electronic attachment to substance abuse. When asked to refrain from devices, heavy users exhibit withdrawal symptoms including anxiety and paranoia and even physical responses like headaches and nausea—sometimes in a matter of minutes. That might explain why, at any given moment, 660,000 drivers are handling electronic devices in the United States, according to NHTSA. These drivers might know it’s wrong, but it’s easy to feed the urge all alone inside the car.

Not engaging with an automated device or any other distraction while in your vehicle is a cornerstone of driver safety. But it’s not the whole picture. Our brains, like our biceps, adapt to the way they’re used. Frequently flipping between screens may physiologically alter the ability to focus, a Stanford study on digital media multitasking discovered.

“Heavy multimedia users are more likely to respond to stimuli outside the realm of their immediate task,” the study says. “They may be sacrificing performance on the primary task to let in other sources of information.”

And so it goes. In the digital age, letting your mind jump from composing email to planning dinner to trying to remembering who you need to call feels normal. That doesn’t change  just because you’re looking straight ahead with both hands on the wheel.