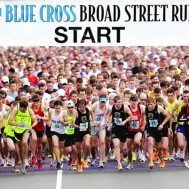 Cities the world over host runs, and soon, the Broad Street Run will take place in Philadelphia, PA. The occasion drives city fanfare, but similar to normal city conditions, traffic safety is a concern.  During special events, roads are blocked off and traffic patterns are modified, perplexing those who are not aware ahead of time.

How frustrated do you get when things don’t go as planned while driving?  For instance have you run unexpectedly run across a deer on Pennsylvania roads?  We’re the state with the most frequent accidents related to deer. But, next week, we’ll be running across a number of fleet-footed athletes and a number of changed traffic patterns adjacent to Broad Street.  The streets will be primed for Broad Street Run participants, but are you ready to safely watch as well as travel to and from?   New Jersey’s Dept. of Law and Safety released information related to a safe St. Patrick’s Day Parade.  Walkers and drivers were advised to stay alert, especially amid conditions where pedestrians overwhelmingly outnumber motorists. Last year, 164 pedestrians were killed in motor vehicle crashes, the highest number since 2006.  Pedestrians share the responsibility of maintaining safe environments. Police and safety officials encourage the following pedestrian behaviors regarding traffic safety: The Centers for Disease Control and Prevention reports: The ten-mile course takes participants down Broad, starting at Fisher St. and ending at Farragut, passing Temple University, Hahnemann Hospital, and the Navy Yard. The Broad Street Run is a great opportunity to get outside, enjoy touring the city, and support a good cause.  Be safe and have fun, adopting great views from the following locations: