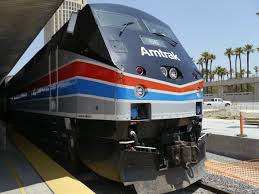 While many questions remain in the federal investigations of the May 12th Amtrak catastrophe, one thing seems certain: Technology could have prevented the crash.

That specific technology is called Positive Train Control (PTC) and it isn’t exactly cutting edge. These crash prevention systems were released over 25 years ago and have been included in The National Transportation Safety Board’s (NTSB) “Most Wanted List of Transportation Safety Improvements” ever since. In 2008, federal law makers passed the Rail Safety Improvement Act, mandating PTC for all rail operations by December 31, 2015.

Positive Train Control is a GPS-aided system that tracks train movements, bringing the train to an automatic halt when it senses danger. Regardless of what circumstance led to excessive speed at the time of Tuesday’s derailment – anything from engineer’s fatigue to an outside attack is possible – there’s little doubt a PTC system would’ve stopped it.

Funding continues to be an issue. Positive Train Control would cost between $6 and $22 billion to implement nationally — and that doesn’t include substantial operating costs. As Peter Goelz, a former managing director of the NTSB, recently explained to CNN, PTC is ultimately a high expense provision for a low probability event (rail crashes are almost always deadly, but extremely rare).

Amtrak’s reported backlog on track repairs for the Northeast Corridor now totals $21 billion – and that’s only Boston to Washington DC. Without a long term funding plan, rail maintenance costs may continue to outpace available funds, by greater and greater margins.

Despite such hurdles, Amtrak has been able to prioritize PTC. The railway expects to complete installation of an Advanced Civil Speed Enforcement System (ACSES), which will provide digital speed enforcement on all tracks, by the end of the year. They are also working to install “inward facing” conductor cameras for the entire fleet of locomotives traveling the Northeast Corridor. Yet, with the 2015 deadline fast approaching, the majority of US railways – including Metrolink – have yet to make PTC systems a reality.