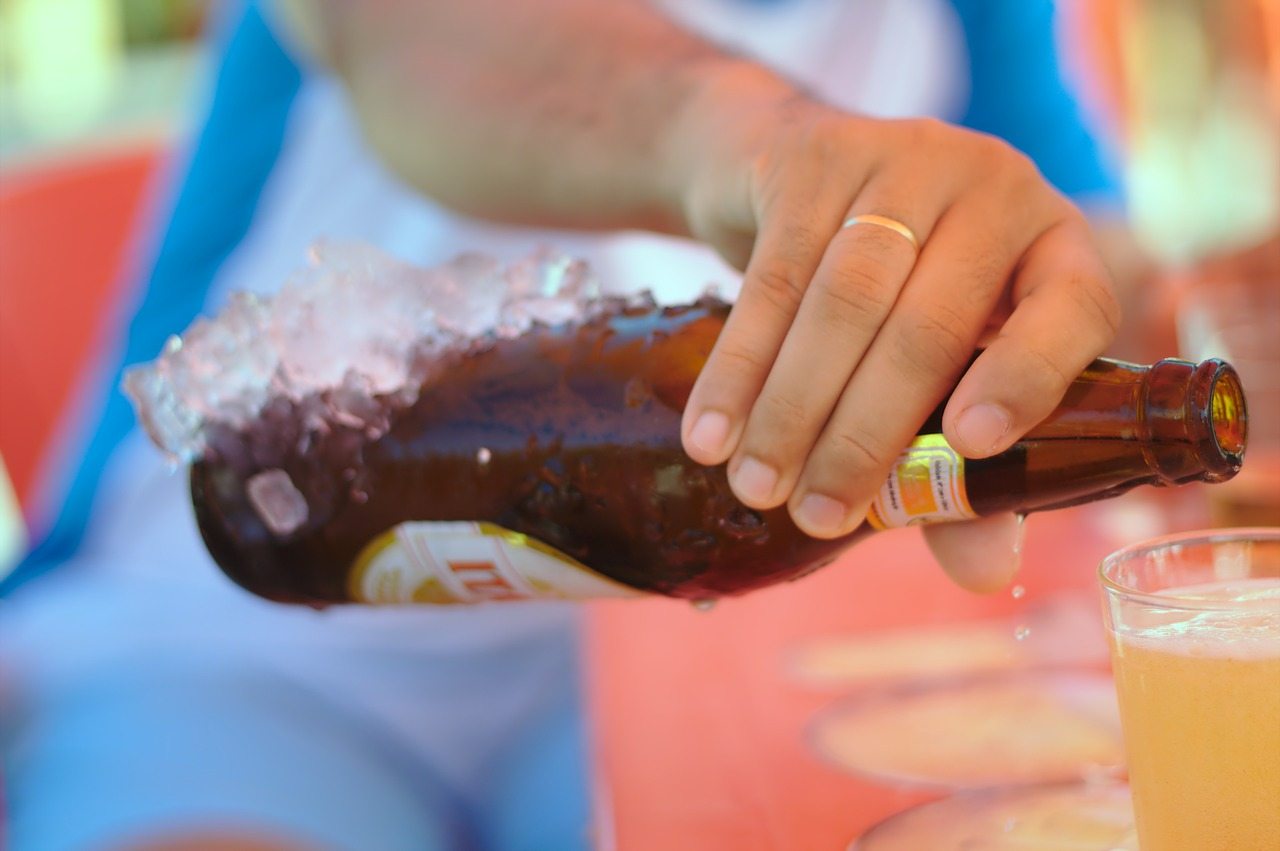 We’re sitting in the living room on a bright June day, talking about nothing in particular when Megan, a friend I’ve known since high school, starts wincing and hugging her ribs. “Oh, it’s nothing,” she assures me. “I just got doored Saturday.”

By “doored,” she means smacked off her bicycle by the door of an adjacent parked car. It’s a common accident for cyclists, usually perpetrated by a driver who hasn’t acknowledged their proximity to a bike lane.

My next question, “Were you drinking?”

Three of the four times Megan’s been doored happened after she’d been drinking. (The remaining incident happened when she was hurrying to bring me something I needed for work). Luckily, she never experienced more than some deep scrapes and bruised ribs.

Meg’s hardly an alcoholic or a rule breaker. In fact, she’s always been the “responsible one” in our group of friends. She doesn’t have delinquent bills or credit card debt. She shows up to appointments ahead of time. When we’re traveling as a group, she does the driving.

When these accidents happened, she wasn’t wasted or sloppy or sloshed. She doesn’t do that. Moreover, she’s a very experienced cyclist who rides her bike nearly everywhere. She’s even trekked across Canadian provinces on two wheels.

Meg’s not a high-risk case; she’s your typical young urban quasi-professional. She works at a nonprofit, gets up early to do yoga, and grows her own vegetables. On the weekends she likes to go to house shows or meet up with friends at a local bar and have a few drinks. And like many, Meg sees her bicycle as the “safe way” home.

Unfortunately, this is one instance where Meg’s thinking is not completely sound. When it comes to traffic fatalities, intoxication (i.e. a blood alcohol content of 0.08 percent or more) is equally common among cyclists and drivers. According to 2011 data by the National Highway Traffic Safety Administration (NHTSA), 23 percent of cyclists who died in an accident were legally intoxicated. Drunk drivers, by comparison, were involved in 21 percent of car related fatalities.

I’m often reminded of the dooring incident this time of year, when the seasons change and more bikes pile onto the roads. The growing crowd of cyclists is uplifting, but it usually means more bikes locked outside the bars. And if you ask many of these cyclists, or the bar tenders who serve them, there’s nothing wrong with riding home. After all, they’re not driving.

This logic is more pronounced among car-owning friends. “Well, I knew I’d wind up drinking,” they reason. “So I biked instead.”

Why do responsible adults, who would never drive drunk, assume biking is safe?

Alcohol slows or “depresses” the central nervous system — that critical cluster of nerves and brain cells you need to operate a bicycle. It takes surprisingly little to get the ball rolling.  According to the Office of Alcohol and Drug Education at the University of Notre Dame, a 0.04 to 0.06 percent Blood Alcohol Content (BAC), or approximately 1 to 2 drinks, can impair sense of caution. At 0.07 to 0.09 percent BAC, or 2 to 4 drinks, a person starts to loose balance, vision, and has a slower response time. At  0.1 to 0.13 percent BAC, or 3 to 5 drinks, those impairments become “significant.” [Drink-to-BAC approximations provided by Be Responsible About Drinking]

The problem is, alcohol also increases our self-confidence and diminishes our ability to perceive danger. At some point, we’ve all fought to keep car keys from a friend who insisted she was “fine,” so we know what this delusion looks like. Unfortunately, we don’t tend to apply the same watch-dogging to bicycling.

Despite popular assumptions, Bicycling While Intoxicated (BWI) is punishable in many local jurisdictions and across certain states, including Oregon and California. In some places the consequences are the same as a DUI. Yet, unlike driving, traffic cops aren’t scouting or setting up checkpoints for drunk pedaling.

That could change. Before 1980, when Mothers Against Drunk Driving (MADD) sparked a wave of awareness and enforcement campaigns, the popular attitude toward drunk driving was pretty laissez faire. But MADD’s aggressive programs altered enforcement strategies, penalties, and ultimately public perception. As a result, drunk driving rates dropped dramatically.

Cyclists still account for less than one percent of transportation, but their population is growing fast. As it approaches critical mass, safety advocates may once again turn their attention to intoxication.

Personal assumptions about drinking and biking are similar to texting while driving. We falsely believe we’re good at it because for the 101 times we’ve done it, nothing happened. But when that unexpected event occurs — such as a (potentially tipsy) driver opening their car door into the bike lane — a cyclist under the influence will have a slower response time. That means a greater risk of accident. No amount of practice can change that.

It’s something we’d rather not acknowledge. I’ve biked tipsy and so has nearly everyone I know. Part of the reason we bike is to avoid paying for a cab ride or scouting a safe ride home.

I’m certainly not suggesting drunk biking is on par with drunk driving — in nearly all cases, the only life the cyclist endangers is their own. Nor do I want to split up the cheerful “bikes and beer” marriage that’s at the heart of many festivities. What I’m asking is that we foster more awareness within the cycling community and do a better job looking out for one another. Our cities are undergoing a shift in favor of human-powered transit. It’s something many of us have been rooting for for years. The last thing we need we need is to put that change — and our own lives — in jeopardy.
(Visited 150 times, 1 visits today)