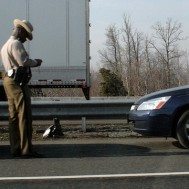 There are plenty of traffic laws in the United States that are pretty reasonable.  Stopping at red lights, not going above the speed limit, and driving slower in school zones all sound like reasonable requests to me. There are, however, a few laws around the country that are down right ridiculous.  Some involve the color of your car, while others mention sheep. Here are some of the craziest traffic laws around the United States: In Montana In Arizona In Memphis, Tennessee; New Orleans, Louisiana; and Waynesboro, Virginia  In Massachusetts  In Arkansas In Denver, Colorado In Alaska In California In San Francisco, California In New Jersey What are some of the craziest driving laws you have heard of? Image source: Woodleywonderworks on flickr, http://www.flickr.com/photos/wwworks/
(Visited 146 times, 1 visits today)
Older Posts